Languages and Library Come in Day

Languages and Library Come-in Day was held on the 5th of September. It was a beautiful day and it was so lovely to see many families and students attend; some had even travelled far to come to Adelaide for the event.

Following the ‘Acknowledgement to Country’ by our Aboriginal Community Education Officer, Mic Bradshaw, there was a presentation of ‘The Very Hungry Caterpillar’ in the Hall.

‘The Very Hungry Caterpillar’, written by the world famous writer of children’s books, Eric Carl, celebrated its 50th anniversary since the first publication. The story ‘has been translated into more than 66 languages and sold more than 50 million copies’ (Wikipedia). It was, therefore, most appropriate to read the story together on the Languages and Library Come-in Day.

Who knew though, that so many OAC staff (not necessarily the languages teachers) could speak different languages; Mandarin Chinese, Cantonese Chinese, French, Canadian French, German, Maltese, Malay, Spanish, Japanese, Italian and Hindi! Wow, we really felt the power of languages listening to ‘The Very Hungry Caterpillar’ being read in so many different languages.

After a delicious morning tea prepared by our friendly DJ’s café owner Daniel, students and families attended 2 workshops out of the 8 offered by the Library team, Japanese team, Spanish team, Indonesian team, Chinese team and German/French team. It was hard to choose only 2 workshops, but at the end, everyone had such a good time either dancing, watching a play, making crafts, or playing a game.

OAC campus, usually quiet, was filled with students’ laughter and smiles on the day.

Here are some of our students’ voices:

"It was great to meet my teachers and some of my classmates. I enjoyed learning some new drawing techniques in the Manga workshop and learning how to play petanque. I am looking forward to doing these things with my family and friends."

"I really enjoyed meeting classmates and teachers and I found the workshops really engaging."

Thank you to each one of you; students, families, teachers, SSOs to make the day so memorable and full of fun. We will see you soon and remember: ‘Language is My Super Power!!’ 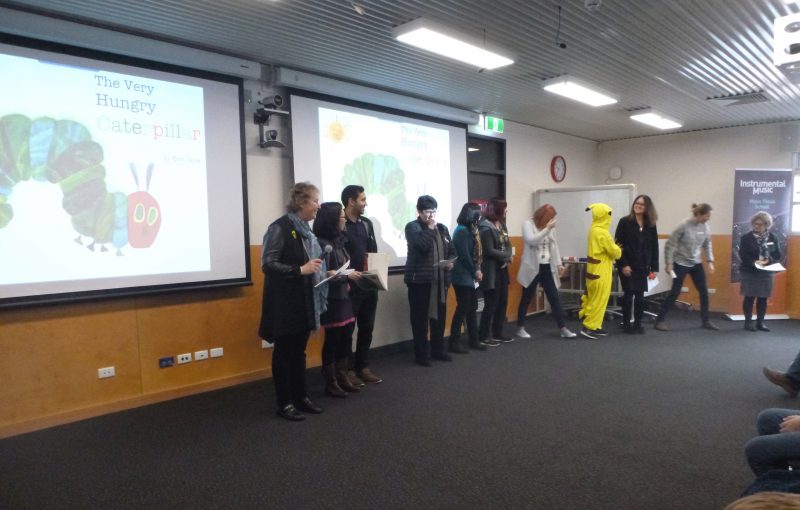